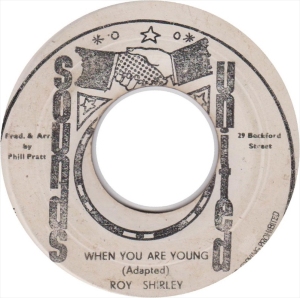 After beginning last week with all that version to version madness, we decided to hit the ground running with some terrific skas beginning with The Maytals and their wonderful cut for the Kentone label in 1964, “One Look,” and we ended that first set with the offbeat drumming behind Norma Fraser’s terrific vocals on “Come On Pretty Baby,” a top tune for Vincent Randy Chin in 1963. The second set of ska featured a killer solo from the late Don Drummond on “Garden Of Love,” which was released on Treasure Isle in 1964. After that set, we gave you a mento set with one of the best versions of “She Pon Top,” done here by Baba Motta. Ending the first hour was a long set of rocksteadys that included one of the meanest breakups songs of all time, “Tripe Girl” by The Heptones. Listen to the lyrics on that one friends, as that relationship must have ended extremely poorly to invoke that kind of hatred. We then started the second hour with our tribute to Phil Pratt’s sensational reggae imprint, SOUNDS UNITED.

Born as George Phillips, Phil Pratt is a regular favorite in the Fierro house. Originally trained as an upholsterer, French polisher, and cabinet maker, Pratt got his foot into the music industry as a box carrier for Coxone Dodd’s Downbeat soundsystem. After hearing him sing and produce, Roy Shirley introduced Pratt to Bunny Lee, who would then take him to Ken Lack of Caltone, the man who really jumpstarted Pratt’s work as a producer, releasing his productions and eventually giving him his own imprint, the Jontom label. After Jontom, Pratt opened up his Sunshot label on Orange Street. Along with Sunshot, Pratt had another label of his own called Sounds United, with many of the releases being produced and arranged by Pratt himself, and this is the label we are shining a light on in this episode of the Generoso and Lily’s Bovine Ska and Rocksteady, beginning with Pat Kelly’s reworking of The Techniques hit, “I Wish It Would Rain,” from 1971.

Of the artists who spent time with Phil Pratt and the Sounds United label, one of the most productive artist-producer collaborations occurred with Al Campbell. Oddly enough, when Pratt decided to record Al Campbell, many people were surprised, believing that Al did not have a singing voice suitable to be recorded. However, Pratt felt he had something and worked with him to shape up his vocal style for records, and that faith and trust between Pratt and Campbell can be heard in the recordings.

In 1982, Pratt bowed out of the music industry. He lives in London and spends his time today in his two restaurants.

You can hear our full show from October 6th, 2015 HERE.  Subscribe to our show on Mixcloud, it’s free and you’ll get an email every Tuesday when our new show goes up.

Enjoy!!  Please help us and spread the word and repost if you liked the show!  Repost anywhere you see fit.

Join the group for the radio show on Facebook.