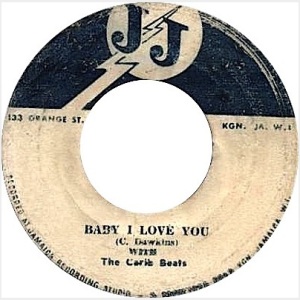 Baby I Love You by Carl Dawkins on JJ

Another tradition fulfilled this week as we on The Bovine Ska have produced our nineteenth New Years show where we play the first recordings of many of your favorite Jamaican artists.  In some cases, the artist was part of a vocal group and we noted this when we backtracked each cut.  Here are some of the tracks we played during this show.

You can listen to our full Gladdy Anderson retrospective from December 29, 2015 HERE. Subscribe to our show on Mixcloud; it’s FREE, and you’ll get an email every Tuesday when we post a new show.

Happy December!!! Please help us and spread the word and repost if you liked the show! Repost anywhere you see fit.

Join the group for the Bovine Ska and Rocksteady on Facebook.